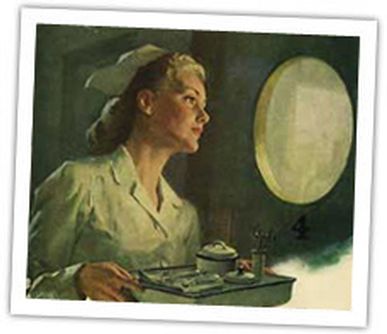 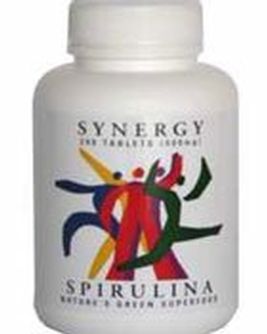 This amazing super-food is actually a type of bacteria that flourishes in tropical and subtropical lakes with a high pH. For this reason alone, you want to make sure that the source of Spirulina is from clean, unpolluted waters. Spirulina was used as a food source as far back as the Aztec civilizations and to this day it is consumed as a high protein meal for many nations.

Spirulina is superior to plant proteins in that it is about 60% protein and is a complete protein.  The fat content of Spirulina is loaded with the healthy fats like GLA , EPA, DHA and ALA, which are important Omega 3’s. It is a super source of B vitamins, minerals and many beneficial pigments like beta carotene and chlorophyll.

Here is how Spirulina supercharges your body:

Why not experience one of the best quality EssiacTinctures in the world, organically grown in Ireland. Essiac Tincture has many advantages over tea infusion, it can deliver a stronger more natural complete herbal extraction, that generates a superior concentrated product and can be blended bespoke to meet your taste with fruit juice or water. So in summary experience "The real McCoy" a more potent extraction and forget the hassle Free of infusing and boiling with Essiac teas, that usually result in a weaker inferior end product with an inferior therapeutic delivery.

The original formula as perfected through clinical studies during many years of dedication and supported through clinical studies with Renie Caisse lifetime partner in research Dr. Charles Brusch, who became President John F. Kennedy personal physician. This perfected original 5 herbal Essiac tonic has been said to fortify the body's defences effectively to strengthen the body for cellular renewal in order to revitalise health by removing stagnant waste and toxins.

Essiac tincture effectively delivers essentially a mixture of roots, bark used globally as a health tonic and anticancer treatment, and it’s also used to treat gastrointestinal disease, AIDS and diabetes.  Usually practitioners suggest taking the Essiac solution to protect, maintain, and in preventing future recurrence of historic problems. The standard dose for maintenance: 5ml daily dose during the first week, then increase: (2.5ml or half a teaspoonful) each day during the second week, and a half dose every second day thereafter.

Note: Each 300ml tincture bottle facilitiates 50 – 60 days supply of Essiac, which is the recommended amount of (one teaspoonful) 5ml each day.The Essiac Tincture can be simply introduced direct to approximately 40ml water or any favourite juice  can be taken in about 40 mm water or juice daily, which can be taken twice daily in severe circumstances. Essiac best remains preserved in room temperatures supplied in a brown container and a preferred favourite when compared to essiac teas its simple to use and requireing boiling or active ingredients, which take time. Not to be taken during pregnancy, by nursing mothers or infants

TIP: Alcohol in the tincture can be removed with a little amount of boiling or alternatively a limited amount of water can be added to the tincture dose to remove the alcohol. another advantage with tincture is that it more stronger than infusions but it can be diluted with cold water / juice to taste.

History of the 5 Essiac formula?

The famous Rene Caisee a nurse from Canada created the name 'Essiac' very simply by spelling her surname in reverse. this natural formula authentically originates from an old Indian herbal blend from a patient in 1922. Using the Essiac formula her aunt amazed physicians of her time and survived from stomach cancer which was apparently inoperable, with amazing success.

Nurse Rene during a professional life time of healing the sick treated thousands of patients successfully with cancer. Renes conducted numerous trials and were carried out assisted by open minded doctors, winning over many sceptics of the time. Nurse renes life's work was made near impossible by the Canadian authorities. in the end Rene Caisse decided the only way was to give this trusted formula away so that it could be used to this day worldwide which consisted of Sheep Sorrel, Burdock and the reknowned demulcent herb Bark of Slippery Elm togethee with Turkey Red Rhubarb.

Finally, Red Clover a fifth herb was also used by Rene Caisse, which we have also included, because it is a plant with essential healing properties used for cancer patients, helping lift energy levels and good mental health. Please note that not all Essiac formulas include this essential 5th herb, especially in herbal teas

THREE  ESSIAC TESTIMONIALS‏ and why we believe in Essiac Tincture

I was told I had only weeks to live, when I got home I was told to get Zota Essiac by a friend, my mum got it for me and I have been taking it ever since. I am now in good health and have  never looked back, I  am on no other medicines  .My name is Jim Murrin from Offaly in Ireland.. I never gave up taking the Zota and enjoy life to the full In 1996  I was diagnosed with cancer in all the organs in my body, I had 2 operation  but the doctors said there was nothing that could be done.

My Wife Maureen age 78 was diagnosed with Breast Cancer with secondary tumours in her left eye,lungs and stomach in Feb 2009.

We were told an operation was not an option. She has since been taking a 2.5 mg daily dose of Letrozole. The Hospital advised that this would basically put the tumours to sleep for a while, then once her body became used to this drug and the tumours began to change or grow again, alternative treatments  ie Chemotherapy would be needed.

Whilst chatting to a golfing partner about Maureen’s condition he told me about Essiac Tincture. She began taking this around March/April 2009.

On each subsequent visit to the Hospital for various blood tests and scans, Maureen’s prognosis has continued to improve. From the latest set of

Scans taken in July 2010 the tumours had shrunk ! or in the case of her breast lungs and eyes had virtually gone.

Maureen is in excellent health, has in fact never lost any weight throughout treatment but has actually gained weight.  We have just returned from 15

weeks travelling around Spain and apart from the obvioius signs of old age she feels absolutely fantastic.

I now have my own testimonial to add.

In December last I was diagnosed with Prostate cancer and my PSA level was high but not high enough to start Chemo or other treatment. I was put on a watching brief and told to come back in June for another checkup.  As I don’t believe in Chemotherapy I decided to try the Essiac myself, I started on it  immediately and reported for my checkup in June, the specialist was amazed to see that my PSA count had gone down, she expected it to be the same or higher. I then told her about the Essiac and she said she had heard of it but this was the first time she had come across  it and it  is evidently working  for you so keep taking it and come back and see me in 12 months time. Derek

Note: Some patients may experience nausea if they have eaten or drank tea or coffee a short time prior to taking this formula- fasting can usually prevent this up 2 hours before each daily dose. However, this isnot mandatory.