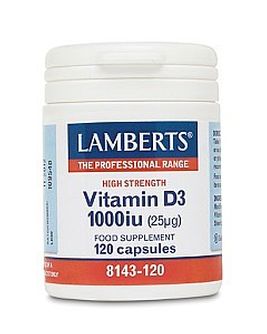 it actually acts on cells in every organ of the body and has extremely far-reaching effects on human health.

In the absorbable D3 form

The human body obtains vitamin D from our diet and from sunlight on our skin to drive a natural production in our body. Unfortunately, because we don't have plenty of sun, especially living in the UK many scientist agree that we do need a dietary supplement, especially during the long winter months and most vulnerable are the elderly as their body’s ability to produce vitamin D reduces with age. It has been estimated as much as 60 percent of the UK  is vitamin D deficient with low levels being linked to health problems.

Vitamin D3 is involved in more than 1000 genes, along with its vital role with Magnesium in normal bone health, acting on cells in every organ of the body and has extremely far-reaching effects on human health.

© 2021 The Body and Mind Shop
Site by Website Development Ltd